Chemical immobilisation rescue of a 25kg Eastern Grey Kangaroo (with an injured foot) with 6kg dependant at foot joey located at Womboin NSW. 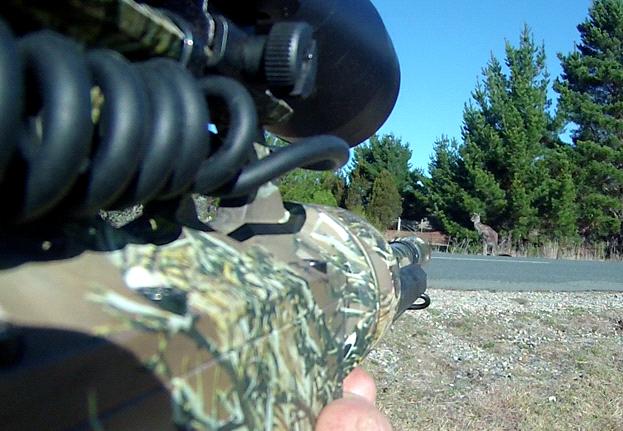 An initial site assessment was made prior to the chemical capture of the female kangaroo and her dependant at foot joey. The mother and her dependant young were located on the side of a busy main road, thus the site had to be secured and a rescue plan implemented. After a thorough safety briefing to the five rescue personnel on site, the plan was implemented to secure the site, stop traffic and provide a clear arch of dart trajectory for the duel dart capture of both mother and her young.

The Queanbeyan Police were notified that I was to utilise a tranquilliser firearm in a public place, and due to the locality and the urgency for safe rescue was entrusted to secure the area, and mitigate any possible risk while undertaking the chemical capture. All traffic was halted and the arch of dart delivery was rendered safe for chemical capture.

The appropriate dosage rate for sedation was calculated for a 6kg joey for a 1.5ml dart and a 2ml dart drawn and filled for the 25kg female EGK, both darts sealed and ready for application.

The first target animal (the 6kg joey) was acquired from a safe acquisition point of 22 meters following an approach creep to the target. Distance was calculated as to provide the appropriate velocity to the projectile/ target animal as to alleviate any impact injury during the dart delivery. The oblique target animal was successfully darted, and within 7 seconds the second prepared dart for the 25kg female EGK was loaded and accurately delivered to the 25kg target animal. Both mother and dependant at foot joey had rejoined across the road in a culvert where both target animals had simultaneously succumb to sedation and were supine within 4 minutes and ready for recovery and transportation preparation.

The dosage rates drawn and administered were accurately calculated to accommodate time for target acquisition, re-load and secondary dart thus resulting in a textbook duel simultaneous sedation of a mother and her dependant at foot joey. 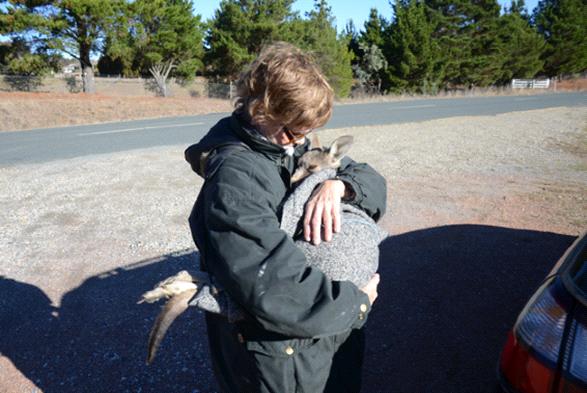 During the preparation for transport phase, the 25kg target animal was assessed thoroughly for the foot injuries and a preliminary dressing applied prior to further Veterinary intervention. The foot injury to the 25kg target animal was treated and required a course of follow up antibiotics while in care at an enclose. Both Mother and her at foot dependant joey were monitored during the rehabilitation period and the 25kg EGK received the additional antibiotics that were required for her successful rehabilitation.

After successfully capturing and immobilising the EGK for transport and subsequent treatment, the female EGK and here dependant at foot joey were safely and successfully released from the rehabilitation enclosure. To this very day, both mother and her dependant at foot joey have joined a resident troop and are spotted on a regular basis, flourishing in their habitat.